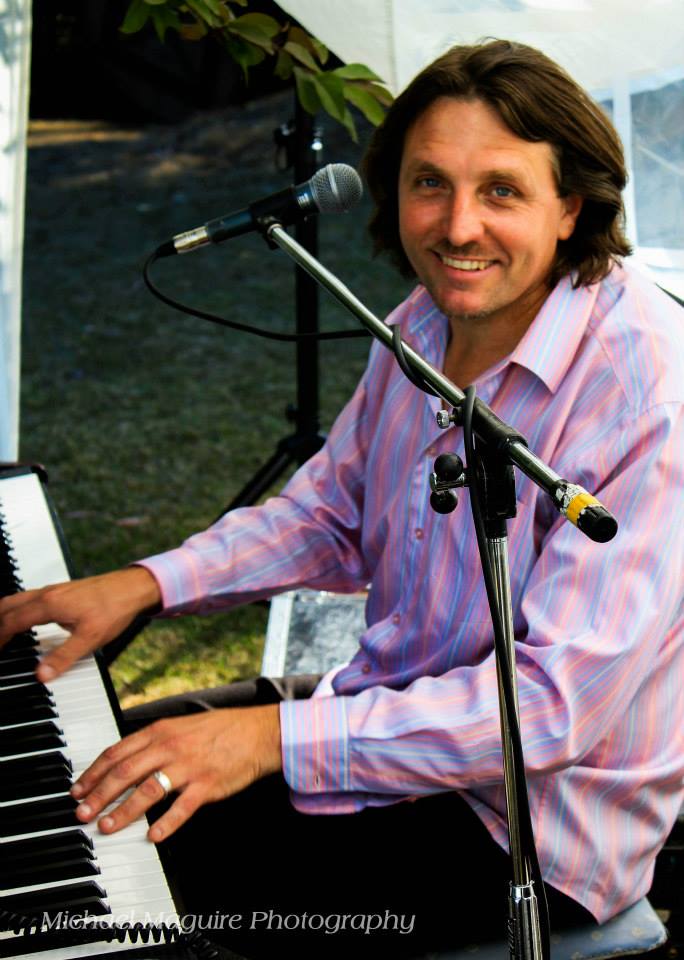 Rob has also played Piano Professionally in a high level capacity, and performed extensively, for over 30 years in most major venues in Sydney. This includes Live recordings, Major Live concerts, and touring Australia , while playing Piano for ABC Television – Play School, including playing live in front of 80 000 + people (Olympics gig) . Rob has also sung lead , and backing vocals on many recordings. Rob is a Piano/Acousitic guitar vocalist, with a repertoire of over 1500 songs, Rob has a song for all occasions, creating the right atmosphere for the room.